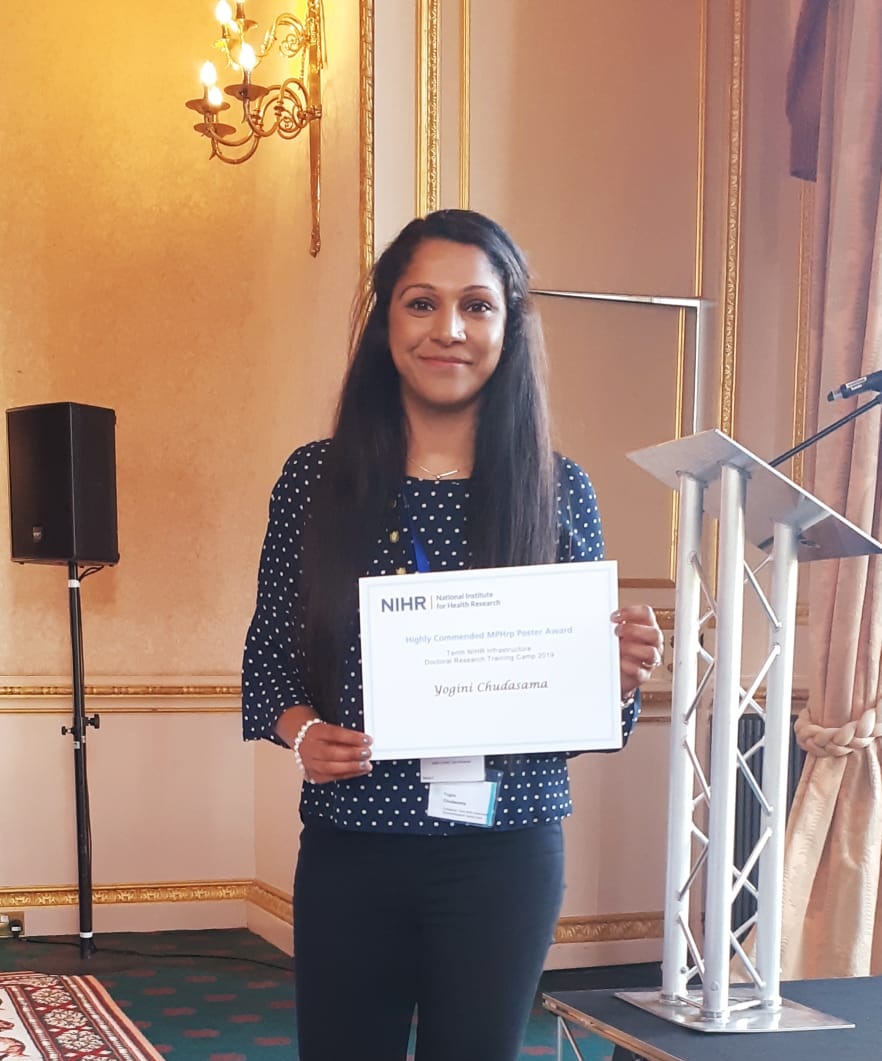 Yogini, who is a University of Leicester researcher based at the Real World Evidence Unit located at the Leicester Diabetes Centre, said: “It was a great pleasure to have been awarded a prize for my latest research on ‘Leisure-time Physical Activity and Life Expectancy in people with Cardiometabolic Multimorbidity and Depression’.

“I was one of the 18 contestants to have been shortlisted to present at the Training Camp. The assessors were looking at how well contestants could explain their research to a 13-year-old. This was a valuable experience, because it gave me the chance to confidently share my findings to a wider audience and get feedback on how to develop my research further.”

Also, Dr Rob Goodwin, who evaluated physiotherapy as a first point of contact service for people with musculoskeletal problems during his PhD research project, has just won two prestigious awards. His work was recognised in the Chief Allied Health Professions Officer’s (CAHPO) Awards 2019.

The researcher was presented with the AHP Research Impact and AHP of the Year awards at the ceremony, whichtook place on Wednesday, 17 July, at The Royal Society in London.