Your Path in Research: Lynn MacDiarmid 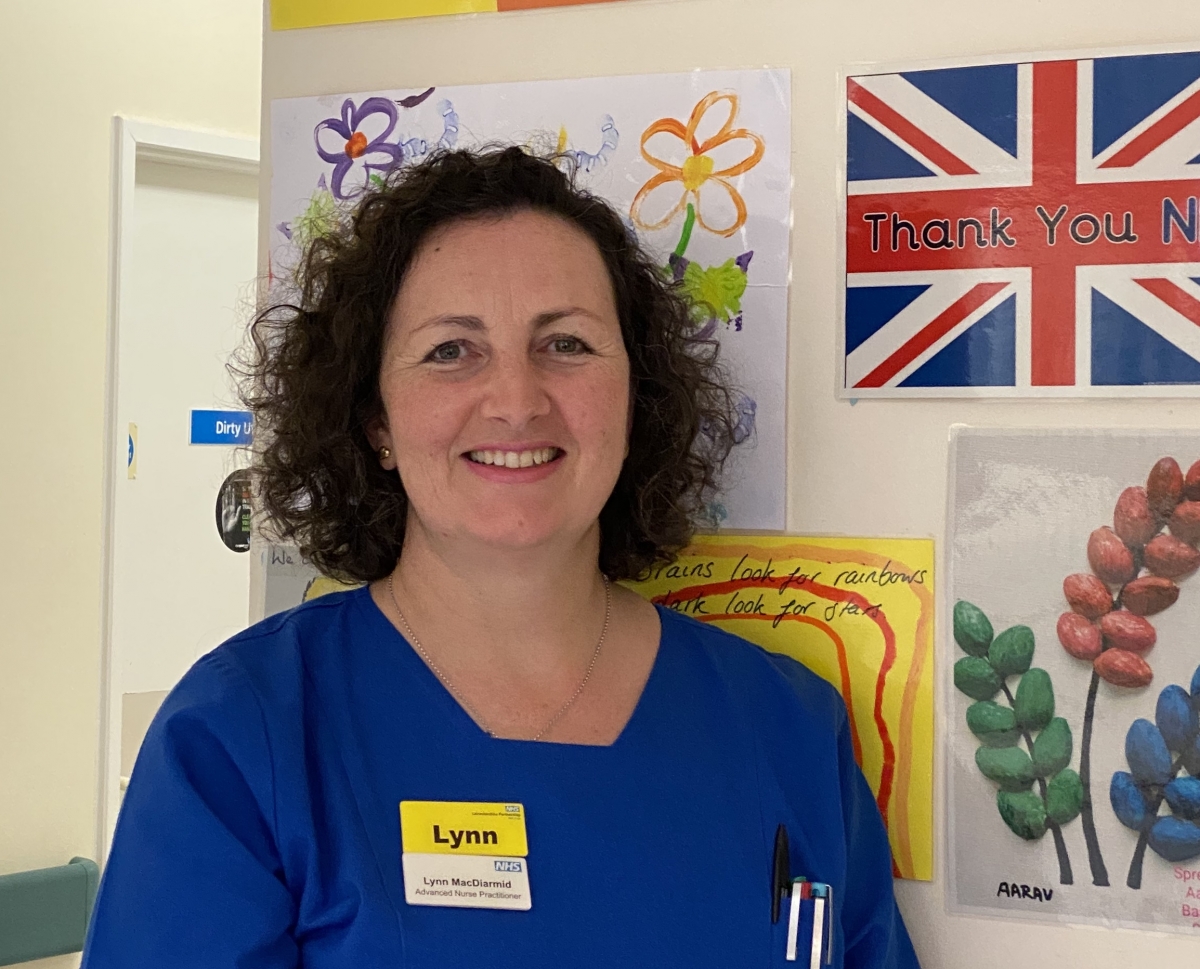 Lynn MacDiarmid has always had an interest in research. A colleague recognised it back in 1998 when Lynn was working as a staff nurse, the fact that she was always quoting articles about evidence-based practice.

She said: “We did talk a lot about articles, but I didn’t know how to review. So, I enrolled on a diploma level research course called an introduction to research methods with the English National Board for Nursing, Midwifery and Health Visiting.

“It was at this point that I was advised to ask the question, ‘do you want to do your own research or other people’s research’ and it got me thinking. I wanted to do my own, but I didn’t have a research question.”

A few years later, Lynn started a Masters Degree course in Nursing at De Montfort University, but it was not until 2012 when her path in research really accelerated. As a ward sister who was prescribing, she jumped at an opportunity to train as an Advanced Nurse Practitioner (ANP) at London South Bank University. She excelled and received a postgraduate diploma in Advanced Nursing Practice.

This opened the door to other opportunities and Lynn soon became involved in the development of the ANP portfolio in Leicestershire. Her interest in the care of older people continued to develop – a theme throughout her clinical career.

She joined British Geriatrics Society’s (BGS) in 2014 and then joined the BGS Nurse and Allied Health Professions (NAHPs) Council in 2017 and went onto share her work nationally at the organisation’s annual conference in November 2020.

Lynn really started to develop an interest in the psychological problems around going home for older people who had been admitted to wards follow severe physical illness – these were similar symptoms that she had seen in younger trauma patients when she had worked on Trauma Orthopaedics some years previously as a Ward Sister. This led to her starting her PhD this October on ‘Do older people develop PTSD following acute illness, and if so, how do they present with it?’.

Lynn’s study was approached by her Head of Nursing in December 2019 – She said: “They said ‘do you want to be a PI’, – not knowing what a PI was, just wanted to involved in research, so, I said ‘yes’ immediately.” Lynn completed NIHR training for Good Clinical Practice, Principal Investigator training and also Receiving consent.  She is now thriving as the Principal Investigator for the commercial RAPDI-1 DFU multi-centre randomised controlled trial at its Loughborough site.

Lynn recalled why she believes her research has been the perfect career. She said: “In normal circumstances I like to know things and I like to know the details. I also have very, very good attention to detail and I remember things from years ago.

“Also, I am a nurse because I wanted to help people, making a difference is what drives me to look after people. Being involved in research is exciting and takes it to a different level. Recognising something that hasn’t been recognised before to help people to live their lives better is pretty amazing.”