Paving the way for more OTs to do research 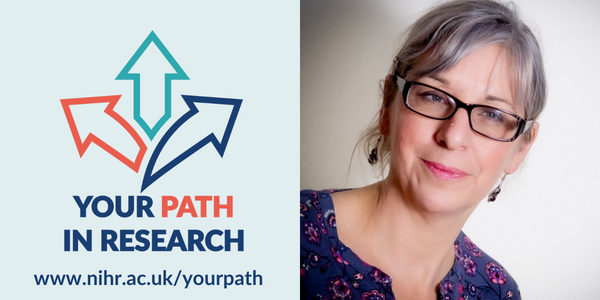 An Occupational Therapist who had to “push on doors” to pursue her postgraduate research ambitions is now hoping to inspire others to follow her path.

Cate Bennett became the first social care Occupational Therapist in her Local Authority to study at postgraduate level after a 10-years of requesting access funding to do research.

The Principal Occupational Therapist in Adult Care says her path in research was challenging because of traditions and conventions which made it hard for people in her line of work to access post-qualifying opportunities.

She says more social care Occupational Therapists studying at postgraduate level are needed to expand the evidence base of the profession and to generate more leaders who can articulate, operationalise and strategise where the industry is going.

After getting a place on an ARC East Midlands-funded PhD, Cate is now passionate about making sure people have access to learning.

She said: “I’ve had to reach out, push on doors, and challenge with tenacity to source opportunities. I can only thank organisations like NIHR who have supported me to study a PhD. It turns out my critical thinking skills are valued, they enhance strength-based system leadership, and link research to evidenced based practice which is vital in social care.”

Cate is dyslexic, dropped out of her A Levels and never perceived herself to be academic. Instead, she trained as a psychiatric nurse and qualified at diploma level. She left, taking time out to travel extensively. Finally, she settled in a support worker role in an assertive outreach team and worked alongside an occupational therapist, which inspired her to reconsider studying at degree level and taking a career change.

Cate returned to education as a mature student, getting an A Level in biology at night school in 1999, enabling  her to get a place on a BSc degree course in occupational therapy at Oxford Brookes University. This was where she first became motivated to get involved in research.

After qualifying, Cate embarked on a career in Social Care as a qualified Occupational therapist, keen to learn her craft she emersed herself in operational social care, progressing through experienced and advanced practice levels over a 15-year period.

Recalling her struggle to get a master’s degree in occupational therapy funded, which she started in 2014, Cate said: “My employer eventually agreed to funded me to do Advanced Practice in occupational therapy to the post graduate diploma level because I argued parity with the social workers who had an established post qualifying diploma programme. I then pursued whether a social care occupational therapist could access the Health Education England funding, it was called Learning Beyond Registration fund at the time.

“Health Education England pass their money for postgraduate study for allied health professionals to the acute trusts. Social care occupational therapists are entitled to it, but they can’t readily access it because they are not part of an acute trust. It was a very complicated process to navigate but I did get funding from them to complete my final year MSc. Advanced Practice in Occupational Therapy.  I have managed to help colleagues since, go on that journey. It’s important that people can see a way through this complicated post graduate funding, that it is possible to get involved in evidence-based practice and its within reach to have a clinical academic career.”

The aim of the study is to lead a change in approach to independent provider Home-based Care delivery that maximises people’s independence and increases Home Care capacity.

Speaking about the study, Cate said: “I have been interviewing home carers, there is a real synergy between occupational therapy and home care. I have been deeply immersed in what carers have told me about what they do. I realised how privileged I am to be able to bring their voice onto the page, for the people who can influence change to use as leverage. Social care occupational therapy are a small voice in the integrated care system, and home carers even more so. This study will give rich depth and greater understanding about Reablement Home Care, adding to the evidence base for social care research.”

Your Path in Research

Visit the NIHR campaign page and find out how you can add research to your career: https://www.nihr.ac.uk/health-and-care-professionals/your-path-in-research/