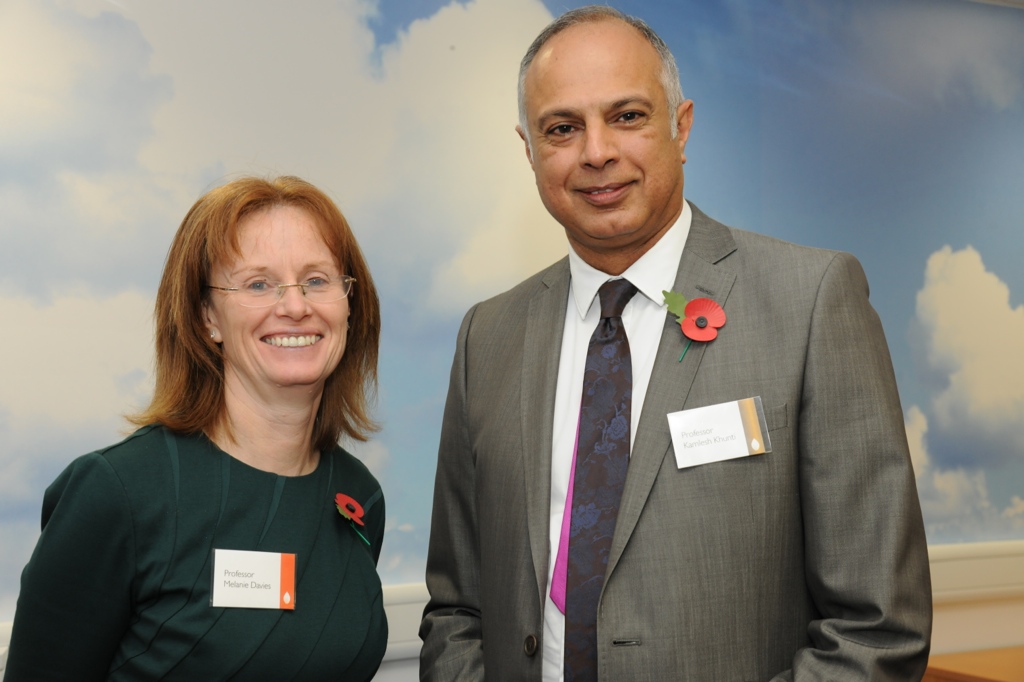 Leicester’s approach to tackling the growing type 2 diabetes epidemic will be shared at a major conference in London this week.

The Leicester Changing Diabetes team, which leads the city-wide campaign to raise awareness of the condition is set to present at the forthcoming International Diabetes Summit at the House of Commons.

Professor Melanie Davies CBE, Director of the Leicester Diabetes Centre where the Leicester Changing Diabetes team is based, will lead the panel on Thursday, December 13.

Professor Davies, who is also Professor of Diabetes Medicine at the University of Leicester, said: “We are committed to tackling type 2 diabetes and are developing approaches working with stakeholders including schools, faith centres, our hospitals and the City’s professional sports clubs while also using our parks and outdoor spaces

“Walking Cricket sessions for older people is one example of how we are working with the professional sports clubs to get adults who may be at risk of diabetes to become active with like-minded people. We have carried out screening events in city workplaces and schools so those who live, study and work in the area can find out about their own risk factors for type 2 diabetes and get some advice on what they can do in their own lives.

“Through our work, we’ve also discovered that liaising with faith leaders is hugely important because they can engage with their congregations about diabetes awareness, prevention, and treatment.”

Cities Changing Diabetes is a global initiative tackling urban diabetes. Leicester’s focus is on type 2 diabetes and the social, cultural and behavioural origins of the condition.

The summit is being hosted by the Chair of the All-Party Parliamentary Group (APPG) for Diabetes, Keith Vaz, Labour MP for Leicester.

The aim of the event is to bring together leading minds in diabetes care and research and to share knowledge and best practice among a wide variety of stakeholders.

Professor Kamlesh Khunti, Professor of Primary Care Diabetes and Vascular Medicine at the University of Leicester, who is also Co-Director of the Leicester Diabetes Centre, added: “Type 2 diabetes represents a significant challenge around the world and we’re hugely proud to have been asked to present at the International Diabetes Summit, sharing what we’ve learnt so far through the Leicester Changing Diabetes programme.

The Leicester Diabetes Centre – a partnership and collaboration between Leicester’s Hospitals NHS Trust and the University of Leicester – is an international Centre of Excellence in diabetes research, education and innovation.

Professor Khunti added: “We believe the Cities Changing Diabetes programme has given us a unique opportunity to use our research and insight on a condition such as type 2 diabetes in a new way here in Leicester by working with a huge range of stakeholders from the City Council to faith leaders.

“In the UK alone, an estimated 4.6 million people are thought to have diabetes and globally it’s thought the condition will affect one in 10 people by 2040. We’re in the middle of an international health crisis and we’re excited to be sharing our knowledge with other leading diabetes experts from around the world at the forthcoming summit.

The day after the summit, Friday, December 14, a select group of high-profile healthcare professionals will be visiting Leicester to see first-hand the progress that has already been made.

They will begin with a tour of the Leicester Diabetes Centre, attend a Walking Cricket session, visit the Swaminarayan Temple in Gypsy Lane and meet Healthy Goals coaches at Leicester City Football Club, before attending a Silver Star Diabetes charity event in Ashfordby Street.