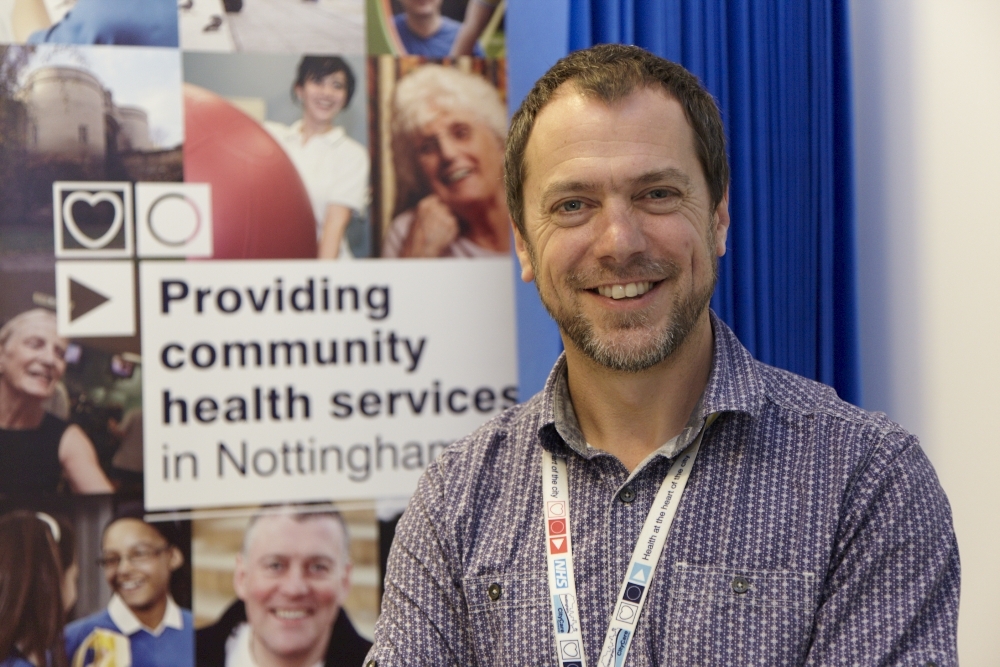 CLAHRC EM PhD candidate Rob Goodwin who undertook an evaluation of physiotherapy as a first point of contact service for people with musculoskeletal complaints has passed his viva.

The research carried out by the Clinical Lead Physiotherapist has subsequently been rolled out across the country.

For the last three years Rob has been furthering his early work by deepening the understanding around the implementation of first point of contact physiotherapy (FPCP) through his PhD studies. This research has been supported by Rob’s employers, Nottingham CityCare Partnership and CLAHRC EM. We are extremely pleased to announce that last month Rob was awarded his PhD.

Rob’s research employed realist methodologies; both realist review and realist evaluation. The realist approach is concerned with developing, testing and refining programme theories by exploring the interactions of contexts, mechanisms and outcomes. The review involved testing the theories against the existing body of literature.

This resulted in a number of refined theories which were themselves tested by conducting individual interviews and focus groups with stakeholder members that included physiotherapists, GPs, commissioners, administration staff and patients. A thematic analytical approach was used employing a hybrid of inductive and deductive coding to theme development which informed the qualitative analysis. The output of the research was a series of transferable guidelines that inform future service development and research.

Rob’s research produced a number of key findings. Six key implementation lessons, generated from the results, were presented that inform future service development. In summary, despite evidence of clinical efficacy, patient and GP satisfaction, FPCP has not been implemented with sufficient capacity to result in a noticeable impact. This research synthesised a number of implementation guidelines.

The work in Nottingham has contributed significantly to the national agenda, influencing the recent NHS England commitment to an additional 20,000 non-doctor clinical staff in general practice, including first point of contact physiotherapists.

Rob said: “The 12-month pilot scheme was the first step in my personal research journey and I am pleased to see the impact it has had nationally. I am committed to researching the area and further contributing to deepening the understanding of implementing such transformative initiatives.”

Rob and the team from Nottingham University are already involved with partner Keele University in a quarter of a million pound nationwide evaluation. This project runs until the summer 2020. Rob plans to explore funding for his own research initiatives.